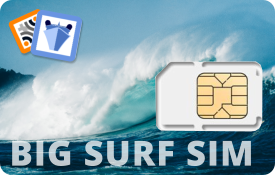 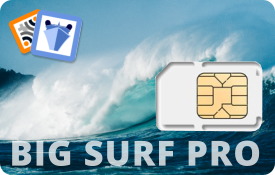 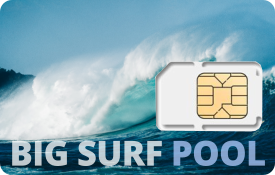 indiana
480 Posts
I used my Turquoise rebate ( due to the hurricane related closure) and $200 CM compensation for an eight day trip to this beautiful village. It was built as, and it still is a four trident. This is my third time at Ixtapa ( Sept 2011 and August 2014). I had good memories from my prior visits. I stayed five nights at a hotel at Coacoyul ( betweeen the airport and Zihuatanejo) before CM, thus I had plenty of opportunity to explore Zihua and downtown Ixtapa.

The meals were good and plenty. The wine was decent ( Spanish). There was determinism by the wait staff to serve the wine. They were scared of their supervisor if I happened to pick up my wine glasses and take the bottle to the table.However towards the end of my stay they gave up, and I was allowed to keep the bottle on the table. There were multiple tables of seven, my favorite ( and only) seating. I shared the table mostly with the GOs, rarely with the GMs ( because the hostess seated them separately, at the tables of two or four). Naturally the management does not follow the basic concept of the CM: GMs sharing the table and meeting each other. I had bad seating experience during my entire stay at Cancun, Aug 2011, so I do not go to that village any more ( and it is more expensive than Ixtapa). Friday white dinner was at the soccer field. It was possible to reserve a table, or the hostess would find a table based on the guests' request ( # of people, the language spoken, presence of a child). There was the option for a special terrace seating at the restaurant, subject to purchasing wine from CM. I chose to eat inside, since it was pretty hot and humid around 7:30- 8:30 PM.

The shows were not as I had expected, definitely not for a four trident village. One night was completely devoted to mini club show, another one trapeze. There was a cabaret ( some of the sketches I had seen in prior CM trips) and a music factory show. Many shows had circus activities embedded in them. I did not find them interesting.

The liquor selection at the bar was good. The bartenders were helpful. There were decent appetizers at the bar before dinner. The drinks were served the guests at the beach from the beach bar. There were few GMs during my stay, except the weekend, when many locals arrived. However GMs did not (!) like the bar area, even after dinner. GO presence during the aperitif hour was sketchy. The was no 'disco' ambiance. One night, the bar patio was devoted to karaoke, something which I found boring. I was lucky that there were many GOs ( predominantly Mexican) willing to socialize. There were five GOs whom I had met at other villages. The CDV was the second Mexican chief in CM, however he was not visible ( I am told that he was busy with corporate business).

The sun dance was done everyday, only two crazy signs. There were more crazy signs after dinner, except the karaoke night. There was strong desire to bring the kids to the front row during the crazy signs. I fond this quite annoying. It was also dangerous, since I could have easily bumped into or hit them. And I knew that I would be blamed. My hands were at the level of their eyes. The kids did not know the moves, so one could not predict where they would go. This was the worst aspect of my stay. One time I walked away , since the GOs kept bringing more kids to the front, and my movement was restricted. There was similar problem at Sandpiper August 2017.

I participated the fitness activities. Yes, there was power walk ( unlike Sandpiper). Zumba, once a day, was popular. There was a dance class, a cardio fitness, body core, and two yoga classes. The old disco building was not used; it appeared dilapidated, and a nest for bats. There were plenty CM security guards at the beach, and I did not hear any incident. The shallow quiet pool, near the five trident Sol building, was pretty quiet. I would be a sanctuary during the weekend when the main pool being invaded by noisy kids.

The dress coders were,all white, all black, elegant, Mexican colors, pareo ( which I did not have), jean & 45 t shirt. It was possible to send a message to the village through its facebook page to inquire about the dress codes.

This is a village with nice infrastructure. It is less expensive than Cancun, Punta Cana, Sandpiper. The GOs are engaging, unlike Cancun, definitely unlike Sandpiper. I did not regret to spend my 58th CM trip at Ixtapa. The corporate's relentless effort to push the ambiance 'kids friendly' is the only ( and for me a major) issue. I may go there again, when the schools are open.
Please login or register to reply
John-Chicago
5 Posts

I have only visited there once and my only complaint was that it is very spread out. My original room was way at the end and it was quite a trek to the activities. Then I got a room much closer. I'm sure it has changed, but is it still spread out?
Please login or register to reply
indiana
480 Posts

I do not think the building layout changed. My room , all three times, was not far away.
Please login or register to reply